There are different types of golf clubs like hybrids, woods or irons. This kind of diversity give golfers opportunity to choose the right and the most convenient one for them in every situation. Golf player’s choice is totally up to the hit he or she is going to perform.

Hybrid is the youngest of golf clubs as long as it was invented at the beginning of 21st century. It is a mix of woods and irons. Hybrids are mostly used to replace long irons like 2s 3s and 4s. It’s because of hybrids’ characteristic structure. Hybrids have a club head similar to fairway woods but smaller which makes them more convenient and functional.

Another important feature of hybrid is its sole. There are different type of hybrid club soles like edge soles or dual-tiered soles. Edge soles provide a sharper intersection with the club face.  Hybrids are good idea for recreational golfers because they are far easy to use also most of the average golfers choose hybrids because sometimes they struggle to get low-lofted clubs launched high and far enough to create more meaningful distances between longest fairway wood and longest traditional iron.

There are some high rated clubs you should check out if you choose to play with hybrids.

This club has  two internal bars behind the face that join the crown and sole which makes the body stiff and concentrates all the energy directly to the club face. There is a larger version of Callaway Rogue and it’s Callaway Rogue X, they 11 options in lofts from 17 to 32 degrees. Players using the Callaway Rogue say that this club decreases necessary effort in getting the ball in the air. Also they say that it’s easier to frame the ball with Callaway Rogue X.

I don’t  think hybrids can technically be considered as irons, but if they were, i’d say that Rogue X is on of the coolest irons for senior golfers.

2) Between the highest rated hybrids there is Tour Edge Women’s Hot Launch 2 Series. This kind of club is available as a set or individually. Club’s hollow body and thin face make easy to perform long distance  shots. Women’s Hot Launch 2 is available for left-handed players too.  Its reasonable price and solid production make the club more widespread and popular among female golfers.

3)  Another popular hybrid with reasonable price is Srixon Z H85. This hybrid is for more experienced golfers, for the ones who appreciate full face grooves or the clean head design. Srixon Z H85’s shaft is stiff but it’s very playable from different lies and can be faded on command which is really very important feature for any golf player.

4) Next and one of the most useful hybrid is Cobra King F8. It has a graphite shaft and is designed so that it can be purchased with 3- 4- or 5- hybrid configurations. Cobra King has 455 stainless steel face which makes the club more flexible and give golfers opportunity to perform farther and faster shots.

5) Callaway Apex (2019)- just like Callaway Rogue it has two internal bars which provides more face flexing. Callaway Apex’s compact shape may make us think that it’s not likely to perform  strong shots with this club but that’s not true. Apex has a high-strength steel face which increases flexibility over a larger area.

If you have a friend who is a golf enthusiast and don’t know what kind of gift you should give him/her on a birthday or on other special days, then stop overwhelming yourself with different ideas. Just remember that if you love golf, you love it forever and any gift connected  to golfing would have been a great idea.  I will try to offer you some ideas to make your golfer friends happy with the “right” gifts.

Arccos Caddie Smart Sensors is the best game analyzer with 14 sensors and each of them are supposed to pair with each club. The shot-tracking system automatically analyzes every shot a golfer hits. With the help of artificial intelligence it offers you to consider the tour analytics and make smarter decisions in hitting the ball right way. Buyers are often attracted with Arccos Caddie’s durable battery which is meant to last at least 5 years. This gadget helps you identify the strengths and weaknesses the user has. This kind of gear has been “legalised” according to the rules of golf from 2017.

If the golfer that you’re choosing gift for is left handed, then getting him/her a left handed club set might be a good idea. I am not southpaw myself, so can’t recommend exact clubs. I think this GolfClubsGuru guide about buying best left-handed clubs will be a good start.

Those who love practicing and improving themselves to become a better player, it’s always a good idea to choose a gift which will help them developing their skills. Such kind of gift is Blast Motion Golf Sensor.  Blast motion sensor pairs with an app and instantly gives an information about your swing. This way it gives you an opportunity to train yourself more effectively based on the real data of your improvements rather than guesswork. The package you buy contains everything you need to use the device including charging pad with USB power cable and two rubber attachments for the device.  Blast Motion Golf Sensor is not really a good idea for the ones who is not keen on practicing and whose priority is just to hit some balls to have fun. You will be amazed by seeing how little the device is and despite its tiny size, it’s so effective and helpful. 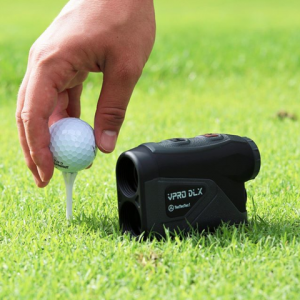 If your friend loves travelling and goes on a trips to play golf, there is one thing you should definitely get him. This is Holderness and Bourne Byers Duffel Bag. This bag is a perfect combination of style and tradition and is for golf players who appreciate golf not only as a good sport but sees the beauty and style in it. This bag has an additional waterproof compartment for your golf shoes which makes the product even more convenient. Although it’s not really cheap, I think the quality and esthetics of Holderness and Bourne Byers Duffel Bag is worth spending some money.

There are many golf players around me. They are my friends and most of the times I’m getting confused about what to buy them on their birthdays or holidays. Everytime I tried anything besides golf equipment they got disappointed, however golf is life for them so if you also have such friend, then don’t spend much time thinking what kind of gift you should choose, directly start looking for a golf-themed present. In that case, I hope this article will help you a great deal.