Things to keep in mind when buying a driver

If you want to play golf, you’ll need to buy golf clubs, and the most important of them all is a driver. It is the first club to use, and is superior to others in size as well as importance. Drivers have largest club heads of all other types of clubs as well. Driver is the club you use to make first, most important shot. That’s why it’s extremely important to get the task of choosing a driver just right. Beginners usually tend to go for forgiving drivers. These are drivers designed to “forgive” beginners for their mistakes. What i mean to say by that is, mistakes made using forgiving drivers aren’t as damaging as those made with normal drivers. Forgiving drivers have their disadvantages too, as reducing impact of mistakes doesn’t come without a cost. That’s why experts choose to go with other drivers, although it must be mentioned that divers used by experts are sometimes very forgiving as well.

Club head of a driver always plays very important role in determining forgiveness of said driver. The ones with large heads tend to be much more forgiving than those with small ones. The reason for this is simple – larger clubheads tend to have large sweet spots, so they are easier to hit properly. 460cc is the maximum size of head, as defined by official golf rules, but some people choose to use small club heads as well. Obviousl 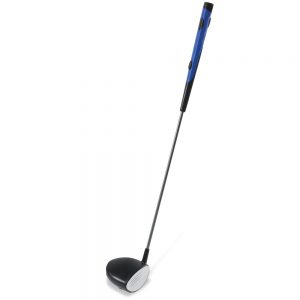 y, they have their reasons for doing so, but we shouldn’t get into that now.

Because of their importance, drivers also tend to be single most expensive clubs in most club sets. Golf club manufacturers spend a lot of money to come up with new designs and features that would improve golfer’s game. In fact, as we’ve previously mentioned, game improvement drivers are in huge demand lately. I think drivers can improve your game to some extent, but not to extent that people imagine. Driver alone can’t fix all your mistakes, it takes rigorous practice to achieve true mastery of golf. Although some types of drivers, like offset and draw type drivers, can certainly reduce the frequency of a slice, which is common swing problem among golfers. Still, those clubs, especially the draw drivers, work much more effectively if coupled with some relevant training with golf instructor.

If you are a person with tight budget but don’t want to get something crappy, there are few routes you can take. First of all, you can read reviews like these, which will help you determine which driver you need and maybe, if you have budget for it, will allow you to buy new clubs. My favorite solution to such problems is buying clubs that are in used condition. Second hand clubs tend to cost half of original price, and sometimes even less. If you know what to look for and how to do it right, you should be able to find barely used clubs for very reasonable price in no time. You have to be careful though, because there are a lot of scammers out there. These scammers usually try to pass off knockoff used clubs as the real ones and get you to pay a lot of money for these terrible clubs. Try to not fall for that. Craigslist is especially unsafe for complete beginner looking to buy golf clubs, but eBay has buyer protection and seller ratings, so it’s a bit more safe. Although there have been some excellent driver deals on craigslist, so i wouldn’t recommend ignoring it entirely. I have also heard good things about CallawayPreowned, but i haven’t bought any used drivers or other clubs from there myself. Amazon is usually good for new clubs, but for second hand clubs, it has very little pool of options. Garage sales and your local retailers might be other possible places to check out, and they offer added advantage of being able to actually hold and try your golf clubs in person before paying anything for them.

There are also other types of drivers, for example, mini drivers. They are much more accurate than normal ones and have few other advantages as well. Obviously, one key flaw that they have, at least compared to normal drivers, is shorter distance. Because of their shorter length and smaller head, they are not able to send ball flying as far as normal drivers can.